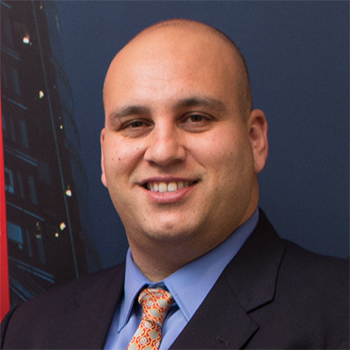 Michael Fabrico began his career working with technology leaders and provided many different Information Technology platforms from the Yellow Pages to Market Data & Trade Floor/ Fintech applications within Morgan Stanley (Dean Witter). It was 2005 that Michael built the first Security Operations Center (SOC) for Sempra Energy Trading (RBS Sempra Commodities) now FreePoint Commodities. After parting ways at SAC Capital Advisors, LLC to peruse an opportunity where Michael was way ahead of his time within Information Security and now what the industry is calling “Cyber”, Michael was part of security engineering, governance and information security risk for a number of years.

Michael was then approached by NASDAQ to help build the Global Information Security Engineering/GSOC Team alongside making many recommendations to executive leadership & briefing members of the board and a number of regulatory bodies at NASDAQ. Throughout six years, Michael began to help build an operational excellence program within the office of the CIO at NASDAQ. Michael upped his game and set out to meet with founders & CEO’s of many companies, educating Venture Capitalist Partners and Executives, providing further diligence within the Cyber vendor community looking to IPO on the NASDAQ.

Michael spends time in Silicon Valley and now working Innovation Technology and Cyber within the streets of New York City. Michael is championing business development for TrapX Security globally while he continues to build pipeline for the sales origination within the north eastern region of the Americas. Michael spends most of his days educating CISO’s on the concept of Early Breach Detection with DeceptionGrid’s

Back to Clients Advisory Board Page